This week in ChangeLog, let’s talk about three projects we’ve been working on this week:

It’s pretty common to work with a lot of repositories at the same time, linking them together using Git submodules, SVN externals, or some other method. Sometimes you need to make changes across many repositories at once, and it’d be helpful to post those changes as one review request.

The problem is that diffs made across repositories aren’t always so useful. Not only do they generally lack repository information for each file, but Review Board itself assumes a single repository per review request. This matters because in order to show the diff viewer, Review Board needs to load each source file from the repository before it can apply the diff.

We’re trying to work toward multi-repository diff support as part of Review Board 4.0. Our existing DVCS work got us part-way there. The remaining pieces are/were:

Step 1 is done as of this week, and step 2 is mostly done. Step 3 is where things get interesting.

We talked last week about DiffX, our initiative to make diffs better. We’re hoping to start using DiffX from within RBTools and to inject repository information into the diff.

This is a longer-term goal, though. We’re exploring some options shorter-term, and talking to one vendor about natively providing this information in diffs they generate.

So will this be usable in Review Board 4.0? Kind of. We should have the core functionality all done, but not much may take advantage of this at first. Long-term, we’ll introduce multi-repository diff support for more types of repositories, and it’ll be amazing.

Another week, another batch of screenshots to share of the new administration UI. We’ve completed the main database page and the Change List page, which lists all changes made to the database for a specific type of model (table).

These build upon new CSS components coming to 4.0, which offer slide-out action drawers and filters for datagrids, inline warning/error/info alerts, and more goodies that extension authors can use for their own projects. 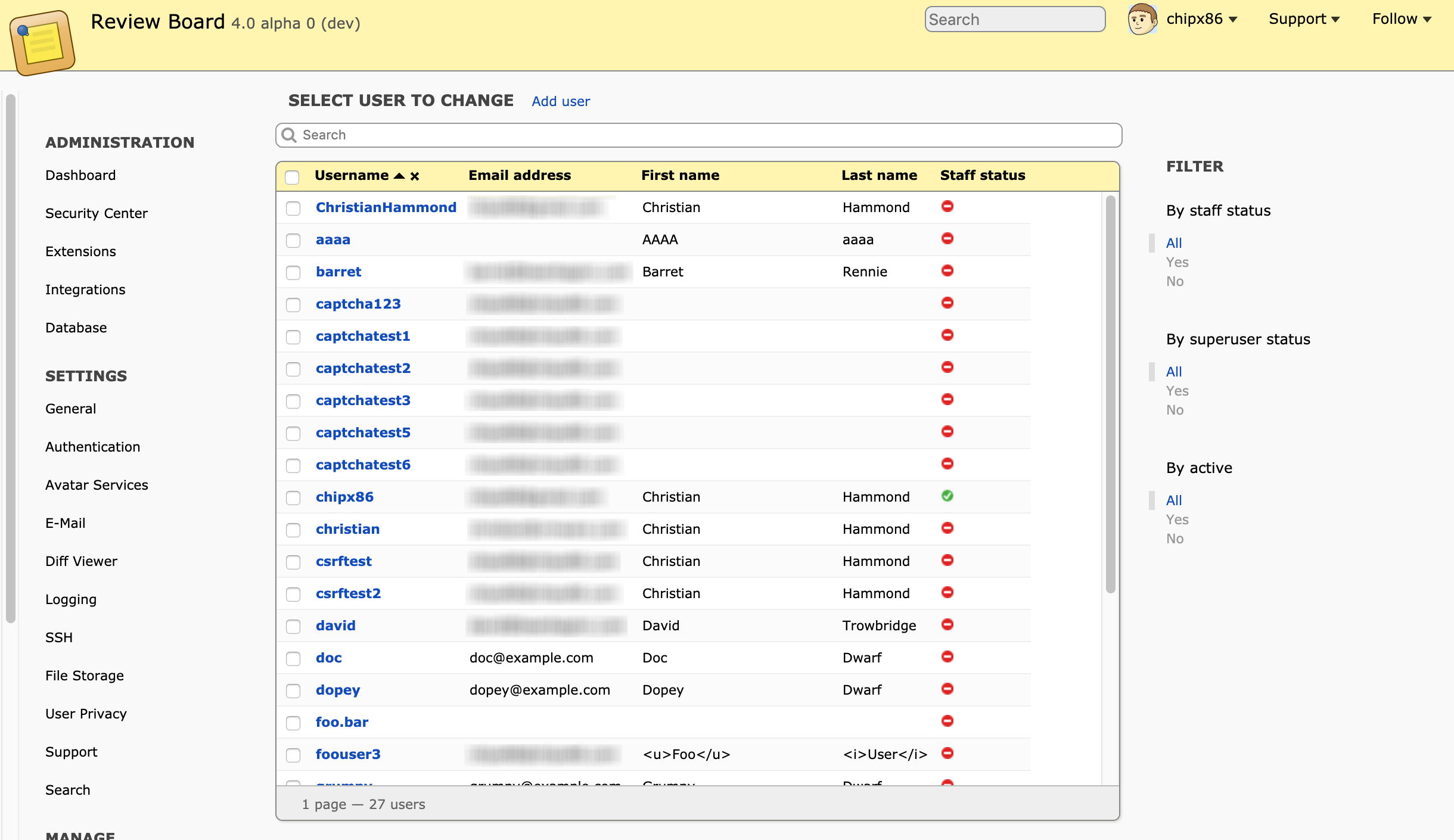 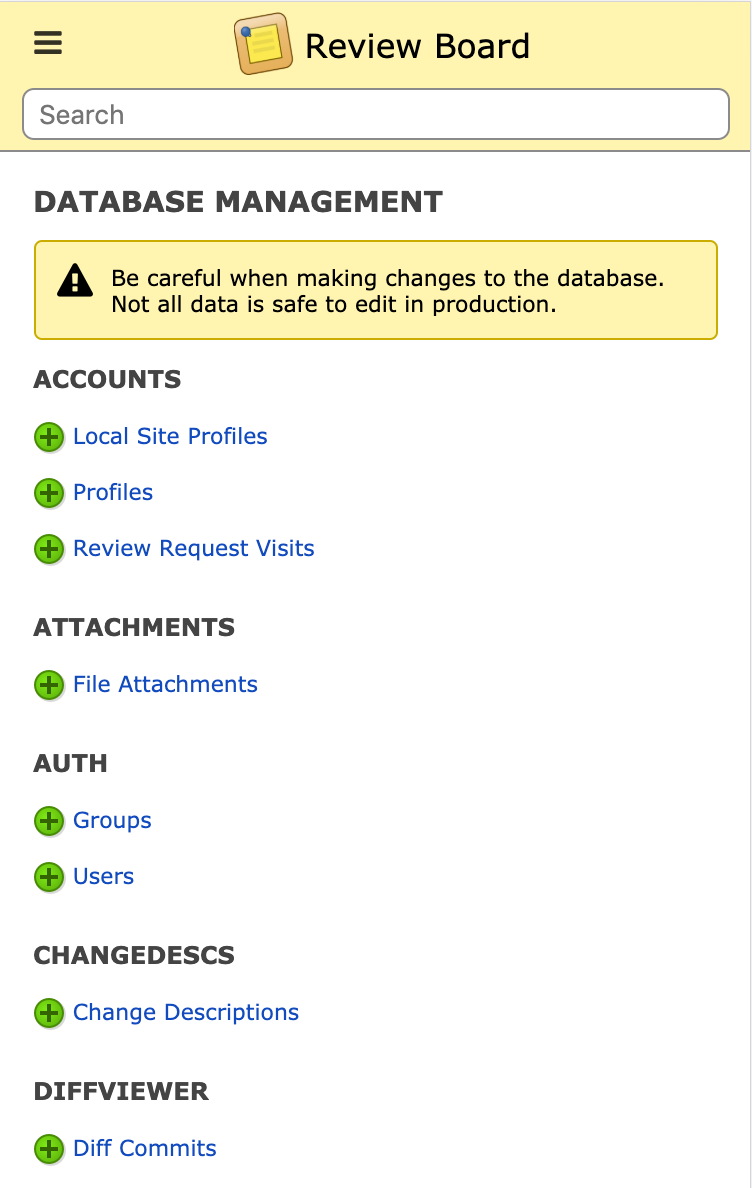 Next up are the Settings and Change Form pages, which allow for making changes to models in the database.

Once these are done, we get to upgrade Django!

RBCommons, our Review Board SaaS, has received a lot of our attention lately. Particularly in the areas of billing, team administration, and sign-up.

Much of this work is based on customer feedback. As RBCommons has grown, our user base has moved from primarily Silicon Valley startups to an international community of companies, organizations, and educational institutions of all sizes. And some of those need a bit more from us when it comes to how they manage their teams and handle billing-related matters.

As part of our plans, we’re working on:

We’ll talk about all this in more detail later when we launch our next big update to RBCommons.

We’ll have more Administration UI work to show off, and with it a new collection of CSS Components to talk about. We’ll also go over what our CANOSP students from the University of Alberta have been up to. 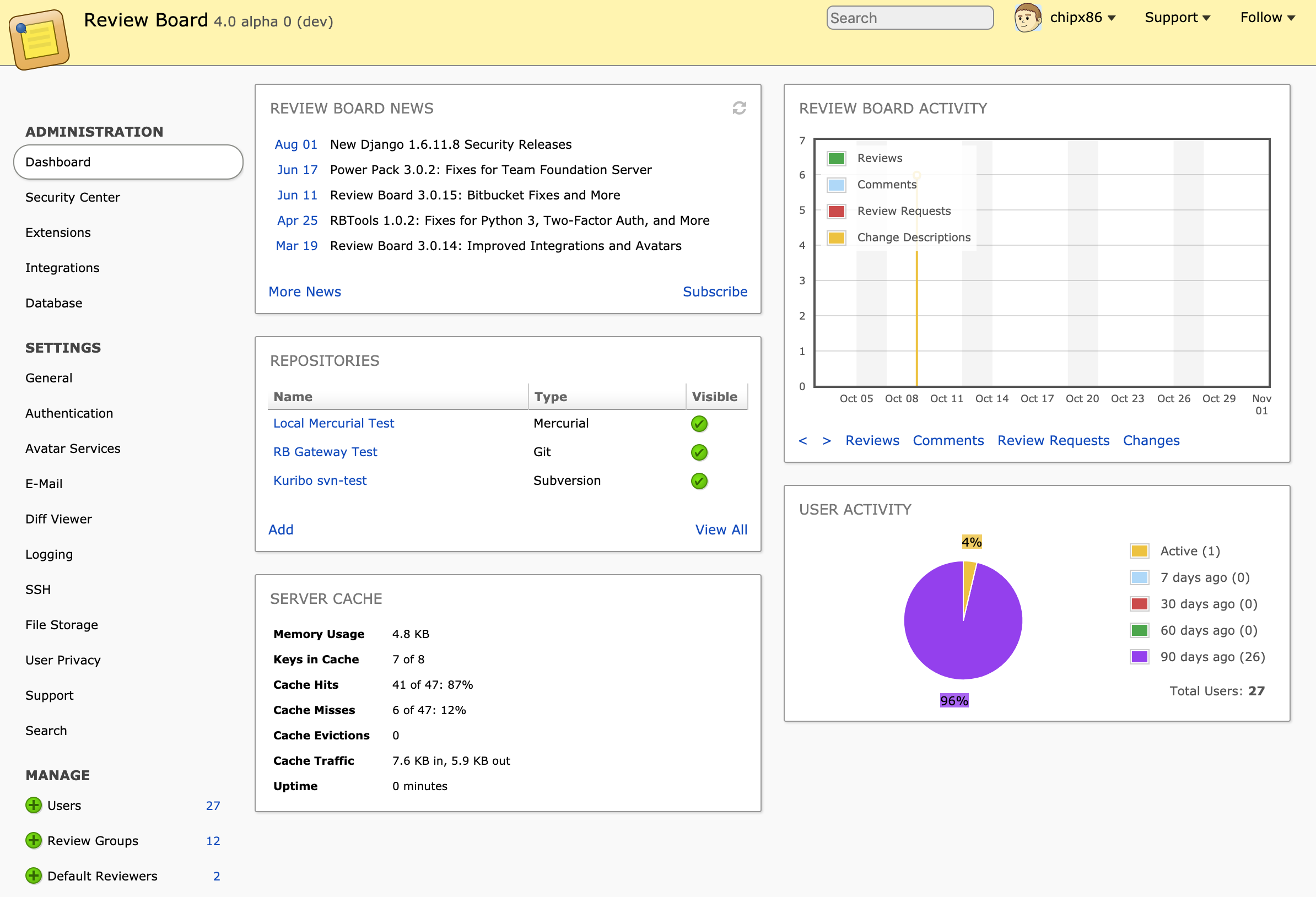 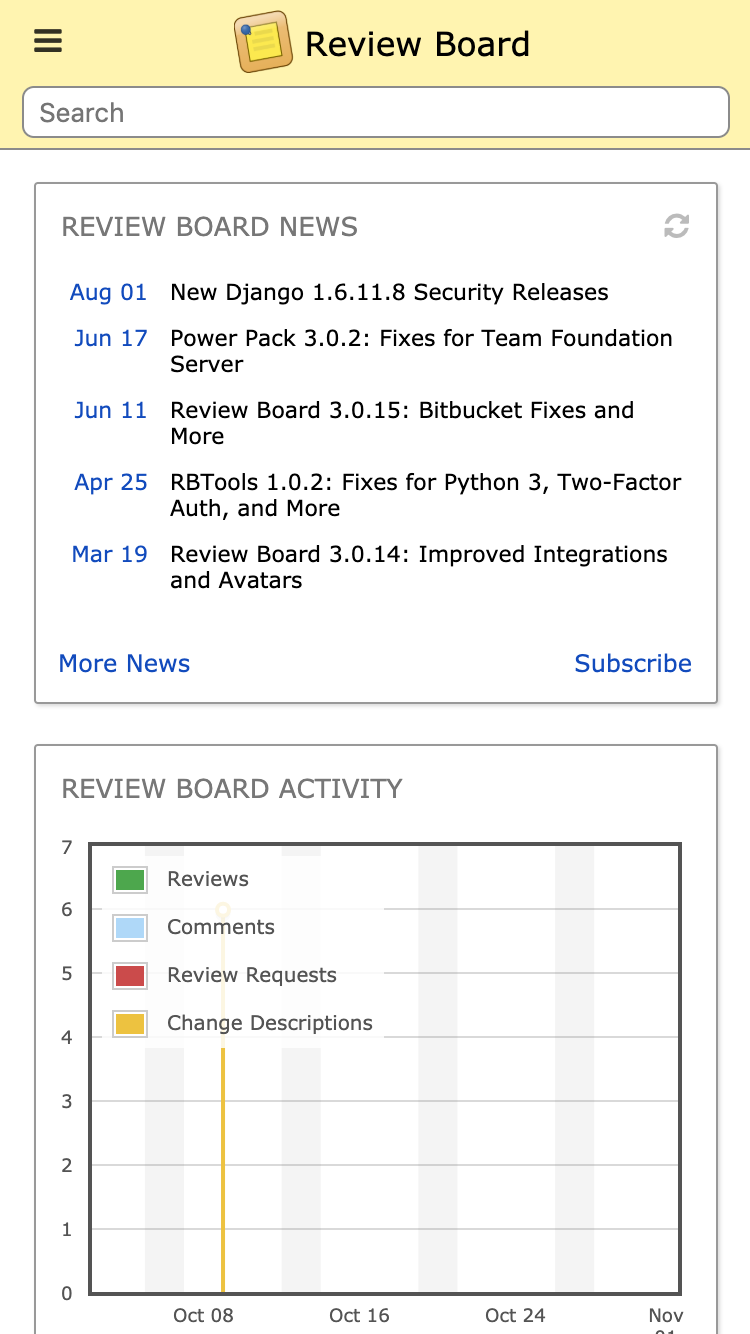 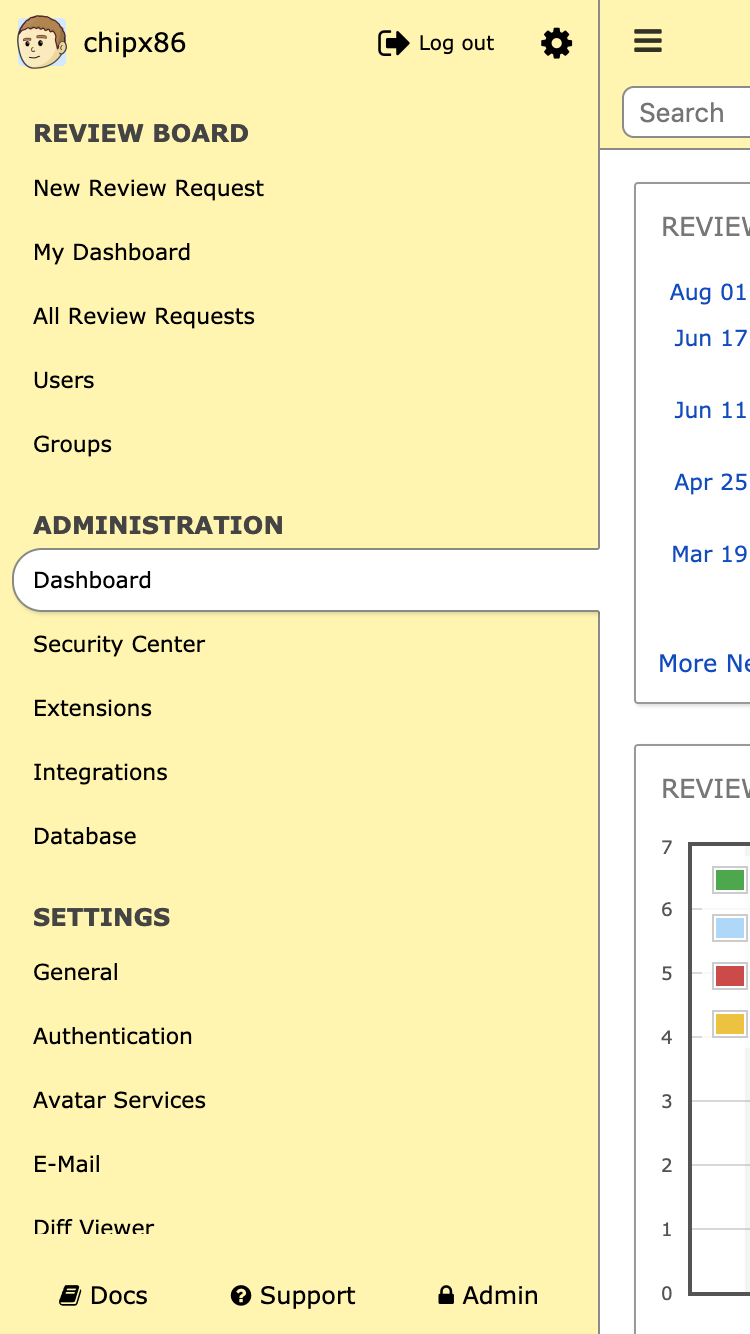